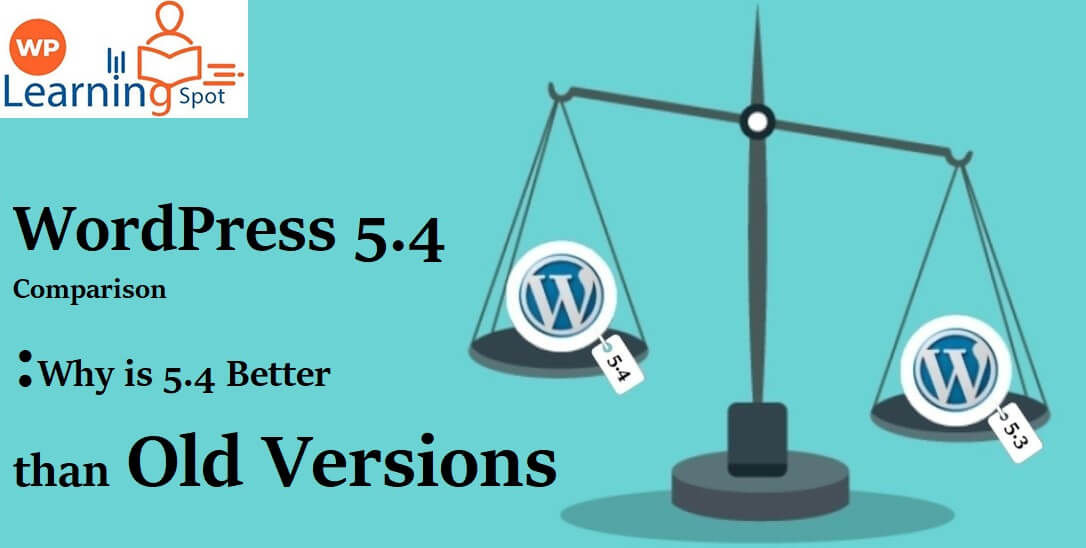 Not only that but the experts also stated that users this time can test the WordPress 5.4 release in 2 manners:

Going forth, this time they even opened the RC2 mystery and said that WordPress 5.4 RC2 addresses the improvements to a new page i.e About Page.

Avail all other small and big changes from WordPress down here ↓

And it has not even been two decades since WordPress was first released but the popularity it gained is surely unimaginable. Isn’t it?

Recently developers at WordPress announced the launch of WordPress version 5.4 on March 31st, 2020.

The update of the most popular content management system WordPress 5.4 version blew the webmaster’s mind with curiosity. Right after the news was posted, twitter started flooding with questions, queries, and excitement.

The Reason of WordPress 5.4 Version Being The Superior

Every new update of WordPress brings in some additional features. This is the reason why millions of site owners and webmasters look forward to the possible changes that are coming with the new version.

Why would you remain behind them? We’ve covered here the latest features of WordPress 5.4. So read on!!!

It is expected that the WordPress 5.4 version will see more exciting improvements in the block editor.

Previously non-developers could not edit the site’s headers’ footers or other areas by using block editor. You were supposed to have a paid WordPress plugin like wp bakery page builder for editing the content on your site.

The main focus of this update is to incorporate the new feature of editing the full site using the default block editor.

Let’s have a look at the other block improvements on this WordPress 5.4,

Previously, if you wanted to add the link of any of the social media pages at the bottom of your content or any part of your site, a paid plugin was the requirement. Without the help of plugins, the feature was unaccessible.

But, the WordPress 5.4 version introduces the default social media icon. You need to click on the “Add Button” and you will have a list of social buttons.

Also, you can add any of your social media links by clicking on the Add symbol from there.

Note: These features allow you to add links to only your profile. But, in order to add a social sharing button, you will need a plugin.

Previous versions of WordPress allowed you to add only one button on your page. In order to add more than one button, you had to have a plugin that was too paid.

This was difficult especially for eCommerce site owners as you have to add multiple buttons like “buy now” or “learn more”.

This WordPress 5.4 brings in the new button block which allows you to add multiple buttons side by side.

The WordPress 5.4 introduces the multicolor option for cover, button, group and column block.

You can even change the text color from here. It will give you an experience like you are editing your content on Microsoft word!! Doesn’t it look simple?

Previously you could access the feature but with the help of a paid plugin only. So, save your money now while upgrading your site to WordPress 5.4.

Now you can change the background color along with the texts. So, if your targeted customers like to read content with a colored background, you can provide them the same without investing a single penny on plugins.

Also, a new gradient background feature is going to be introduced in this WordPress 5.4 so you won’t any longer see only the solid color option for your background.

You can even add background images without the help of plugins on WordPress 5.4.

But, WordPress 5.4 allows you to create this block without the help of plugins.

You can even change the width and height of your picture without any hassle.

Now you will be able to add a caption below the table on your site without the help of plugins.

On any other WordPress version, if you want to edit a post using your smartphone, then there will be a moving toolbar around the blocks while you are writing.

This used to trouble the site owners who wanted to edit their posts on the go.

But, WordPress 5.4 fixes this issue of a floating toolbar. You can easily edit posts or whatever you want right from your mobile device.

Want to add TikTok videos on your blogs to make it more interesting and quirky?

Well, this WordPress 5.4 allows you to add TikTok embed block where you can easily integrate TikTok videos in your posts.

WordPress 5.4 allows you to choose an all-inclusive image size for all your images on the site’s gallery. This helps you to not to junk up the media library by using high-resolution images even if it is not necessary.

Previously, you had to conduct this function image by image which means you had to click on a single image and change its size and width.

The WordPress 5.4 allows you to add the option for a new widget on your WordPress admin dashboard.

This shows instant statistics on your site’s health. So, get instant updates now when anything goes wrong with your site as it shows potential threats that are hindering the site’s health.

The most talked-about feature is the addition of a lazy -loading image feature which aims at improving the site’s loading speed.

It’s still under testing stage but hopefully, webmasters and site owners will see it in this next 5.4 update

What is the feature about?

One of the main reasons behind a site suffering from a poor page loading speed is due to the eager image loading option. Once the site opens it loads everything including the images at once which leads to the poor performance of the site especially if the page has high-resolution images.

This new feature will help the page to load way faster by default. As the WordPress 5.4 version is introducing default lazy-loading image feature. This means that the images will only be loaded when the user reaches near to them.

So, you will notice an enhanced site’s performance without investing money on WordPress plugins.

Important Improvements For Developers on WordPress 5.4

In order to act in accordance with the new HTML 5.1 standards, the calendar widget’s navigation link has moved to <nav> followed by <table> element to produce a valid HTML.

A new apply_shortcode() will be introduced instead of do_shortcode to provide better semantics. The previous one still exists but using the newer one will be better for your site.

Now you can manage your favicons in WordPress 5.4 with more flexibility. Administrators can easily upload their favicon directly using the customizer or /favicon.ico.

How to Avail Beta Testing?

Beta testing is the process of the development cycle where developers can check the upgraded features upcoming performance before its final launch. So if you need any enhancements during this cycle you can process the thing in two ways.

Note: During the beta testing process the system is not production-ready yet so it is advisable not to use this site on live websites.

WordPress.5.4 beta testing 1 was announced on 11feb. But, it had a number of bugs in it so beta 2 launched after one week in which 27 bugs have been fixed. Let’s have a look at the bugs fixed in beta 2,

You can embark upon your journey to trying out the beta testing using the above-mentioned process. But, features are frozen as of now so no request will be made. But you can report bugs in this alpha-beta area.